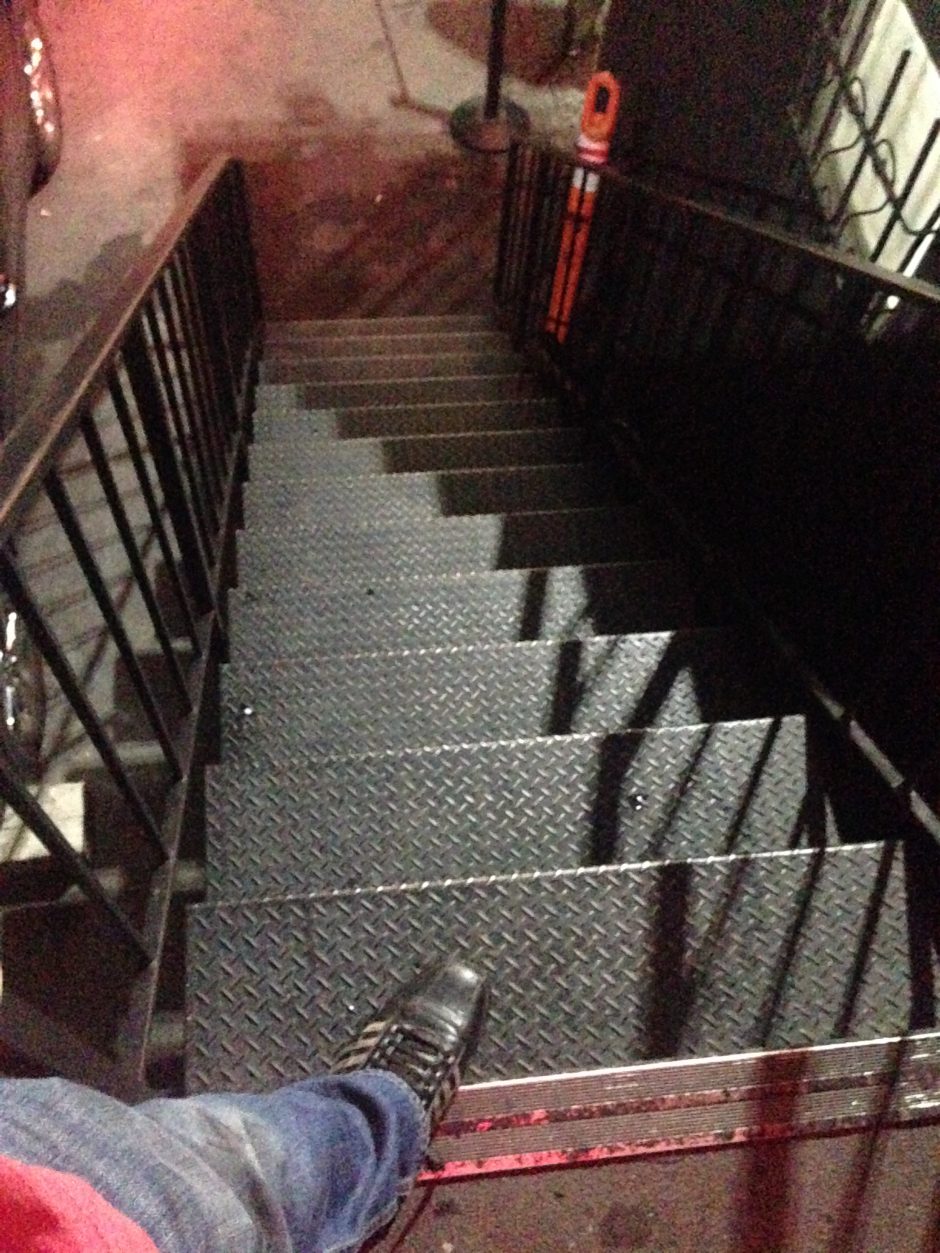 “For tonight, our best hope is that both battlers have learned from past missteps, and are ready to make adjustments and come out swinging. It’s a fight for Roast Battle legitimacy, and we’ll see who the last man standing will be. “

So how did the Roast Battle go? 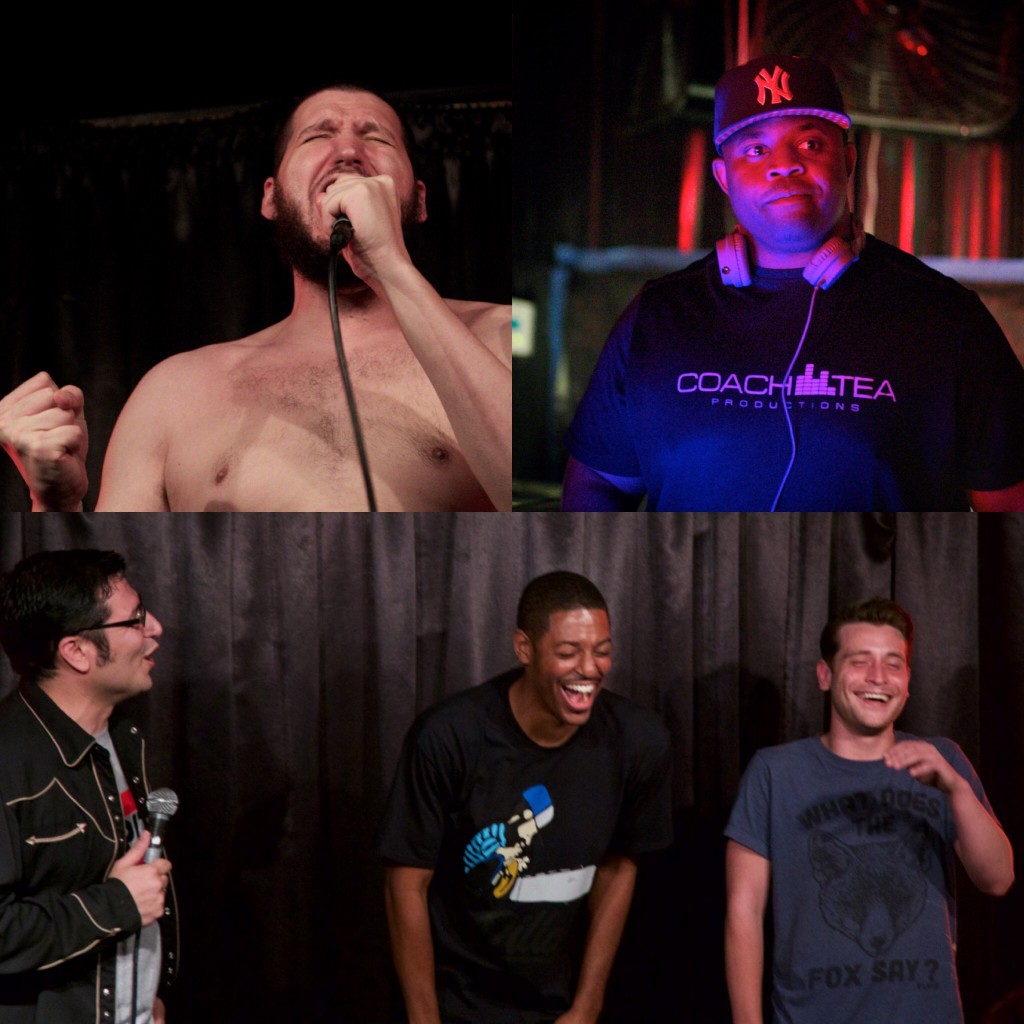 “Just as we saw in the first battle, the jokes start out with strong reactions from the audience and quickly dip in quality, but the energy of the room never goes off course.

Cody‘s Orlando joke works very well until he tries to tag it, and neither contender hits much of a pop after that. Yet, the mood remains light, and a draw is declared which means neither battler really loses.

In a room where booing performers off the stage is a completely viable option, there are far worse fates then a tie. “

For those keeping score at home my Roast Battle record is 2 Wins, 3 losses and now one tie. It’s not the win I wanted, yet it’s not the loss I dreaded. Not bad with six days to practice from confirmation to battle. Thanks again Cody Morley for being a good sport. 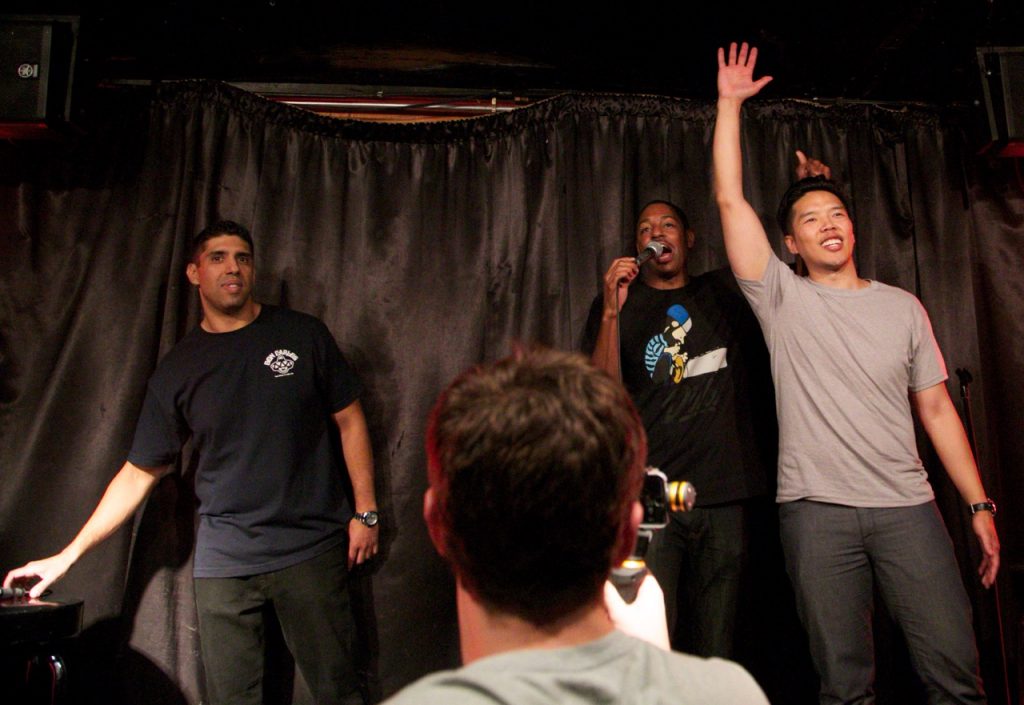 Also kudos to main event winners Alex Duong and Pat Barker for your well earned wins. Alex was the one who introduced me to Roast Battles and got me into this mess in the first place. Roast Battles at the Comedy Store are brutal, nerve wracking and at times down right despicable. My soul is tainted and I am ruined beyond redemption, from the bottom of my heart thank you Alex! You bastard!

And now Roast Battle is going to be on Comedy Central! Kudos to all the LA comics that got spots on the commercial!

How About Some Shameless Self Promotion Followed by Semi-Sentimental Musings On Los Angeles?

9pm at Oddville, It’s HOLLA FOR A DOLLA!

See Me And Other Comics Perform! 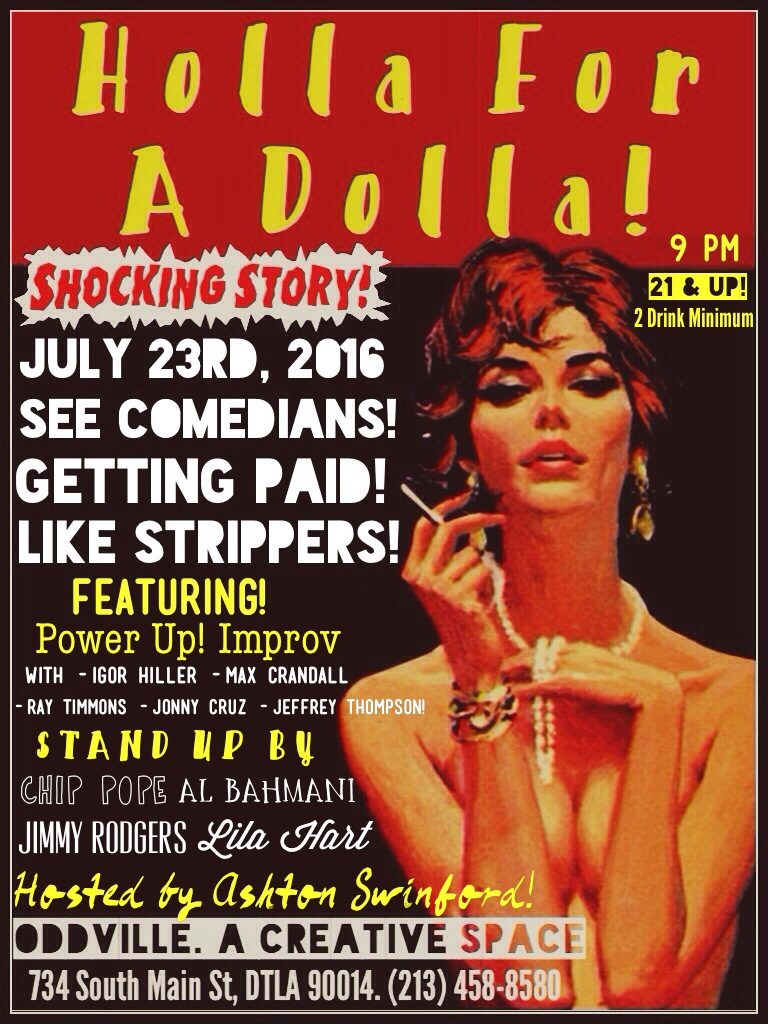 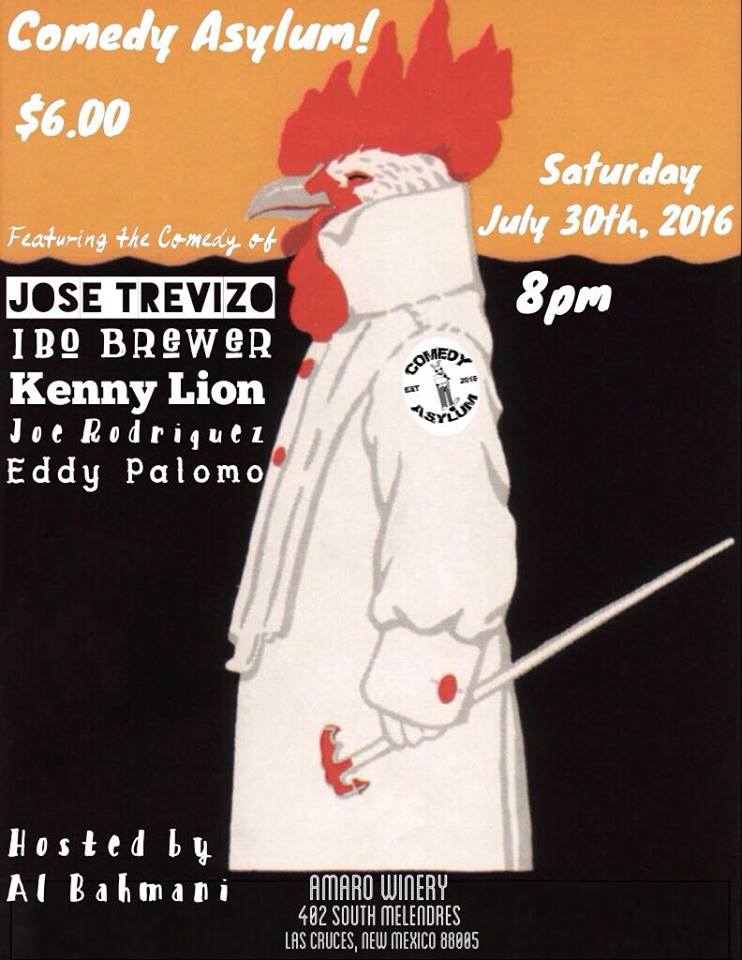 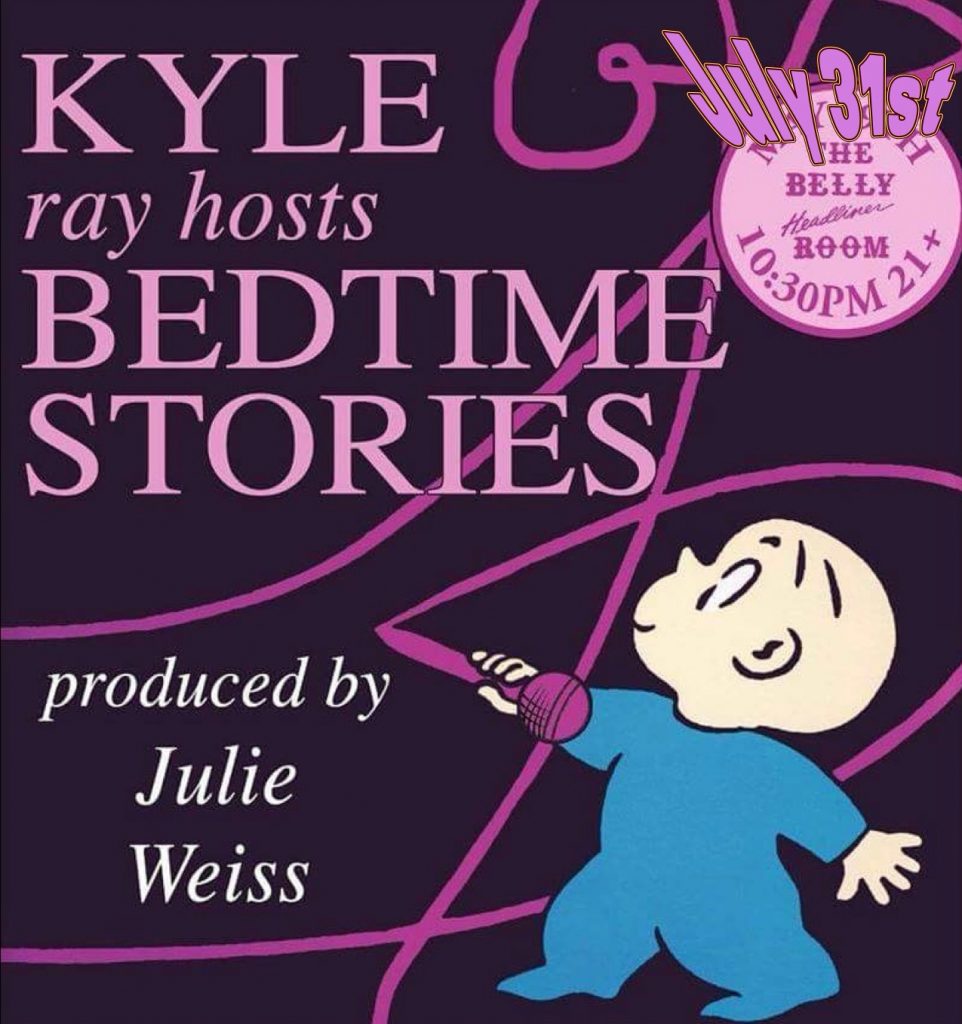 UnOfficial Temporary Poster, You Get The Idea… 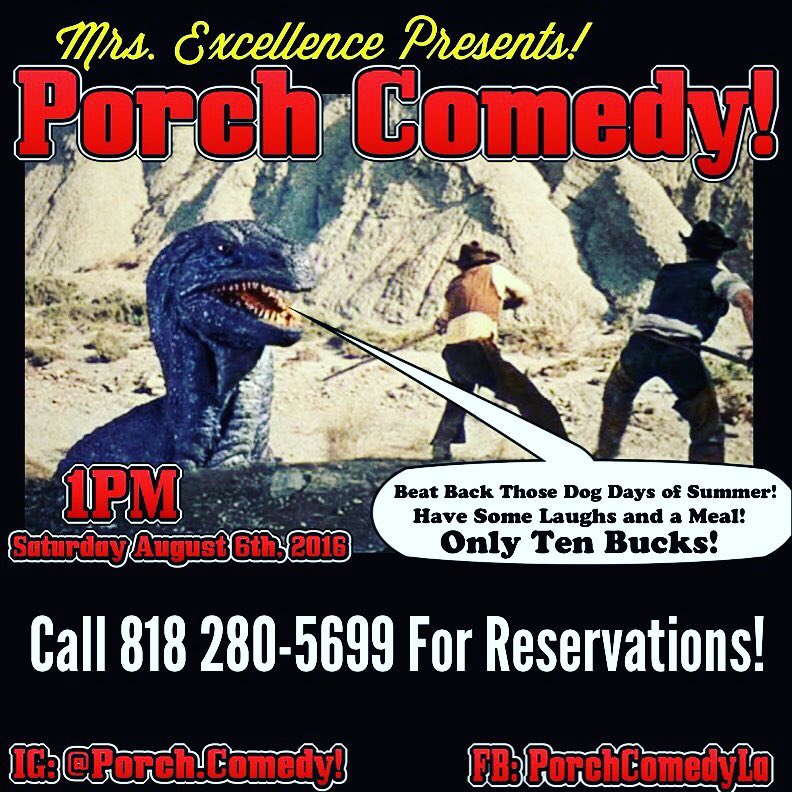 First Saturday of Every Month It’s Food and Show in North Ridge! All That Fun For Ten Bucks!

This show has Empanadas! Yup Empanadas! Hell Yeah! Shout to Mrs. Excellence and Tuna for putting together a fun show at a most non traditional venue!

Gigs come gigs go. A venue may close a booker may decide that they want to go with someone else. At any moment the moment you prepare yourself for could just end. Still at any moment another opportunity presents itself. I’ve been finding myself impressed by the sheer number of non traditional shows! Comics in this city find a way to make shows happen.

One of my favorite spots on Sunday is Bomb Mic 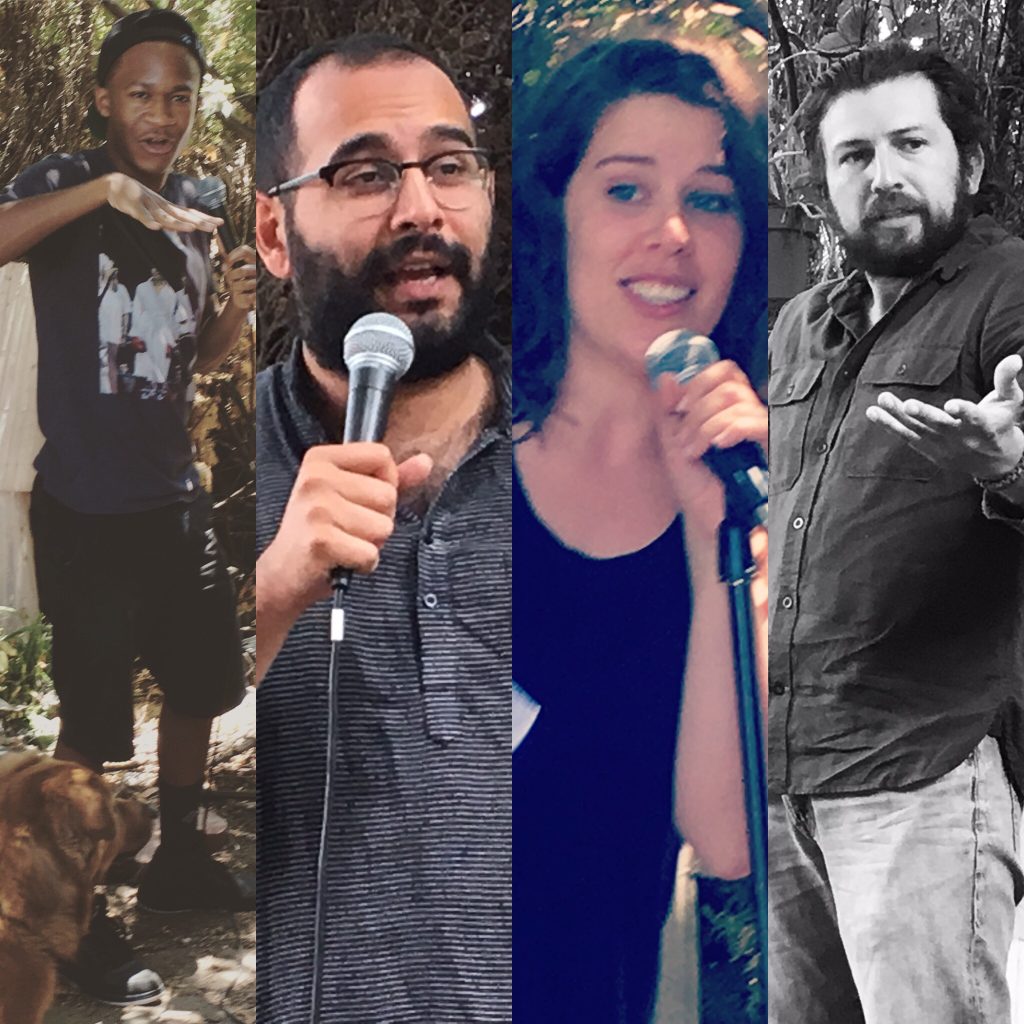 Some of the faces you see at Bomb Mic in Silverlake Jordan Perry, Omid Singh, Rena Hundert, Jeff Carrisalez!

Bomb Mic at Food Not Bombs is quite honestly one of my favorite mics on a Sunday. Comics pitch in together bring food, drink or throw a couple of bucks in the hat.

It’s called #BombMic because they record the show and then release it 5 years later via Podcast, a Time Bomb.

Word of Advice: Bring your own cup. 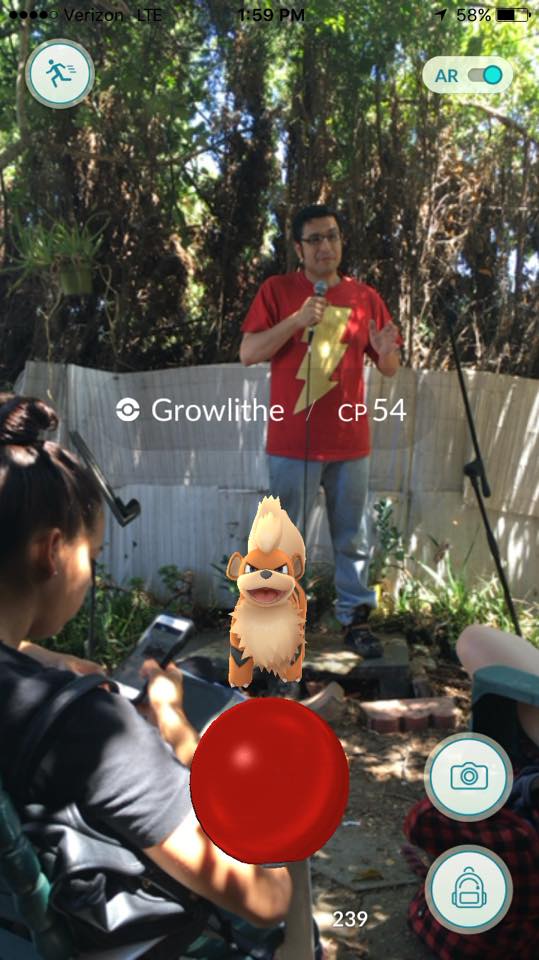 I haven’t downloaded it, I can’t start a new video game at least until I finish Final Fantasy 6. Quite frankly the Pokemon Go phone App makes me feel like I’m in an episode of the Twilight Zone. GPS mixed with augmented reality and multiplayer in a video game is quite unsettling ?!  The full impact of this probably wasn’t even predicted by Rod Serling, Robert Heinlein or Ray Bradbury. Maybe William Gibson, Norman Spinrad, Warren Ellis or Philip K. Dick figured this out? Between Robot Bombs taking out snipers in Dallas, penis transplants and sending people to Mars, anything is possible. I find myself reading old school Science Fiction to make sense of today’s news.

On the bright side Pokemon Go has made me feel safer. I was walking home from the Comedy Store 2 am in morning and I was greeted multiple times by random folks trying to catch Pokemon. Nice folks who encouraged me to join them catch a Psyduck. It made me feel safe. I figure if someone’s more likely to get robbed it’s them. Just keep speed walking and make no eye contact with no one. Get close enough and Uber home the rest of the trip.

Depends on where you decide to end the story. Right now, it’s to be continued.