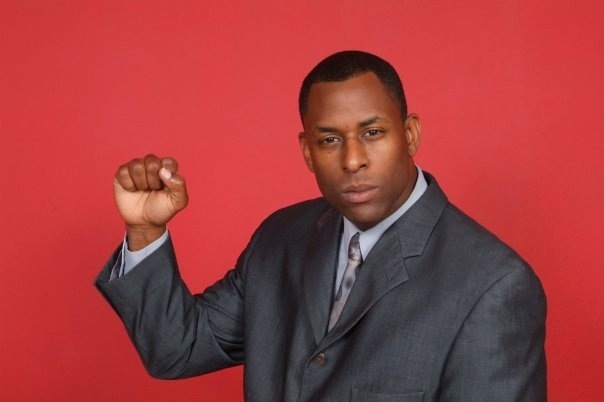 Over the years, we always ran into each other for brief moments. An open mic here, a local show here or a night spot there. Those moments in the trenches between and after the mics up to no good.

81+One year, on his birthday, he took the time to help me replace the water pump on my 1997 Nissan pickup truck.  As you move forward in life, you don’t spend time with someone you hate just because. I offered him some cash, he didn’t take it, but he did take a beer.

The church service was the first time some comics actually saw each other in years. I get lost listening to other Houston comics.

Wow! I had no idea old dude is still alive?!

His son’s so big now!

You riding out to the the burial.

Yea, I need to fuel up first, I’ll be right there.”

And then I get lost on the way to the burial ground.

I wander to the flower shop and get in line behind the two people buying flowers. I ask for directions and out of guilt, I buy the cheapest flowers I could find.

I can now hear Touchee heckling from beyond, “Albee you’re stupid! Men don’t buy men flowers! Put that back fool! Put that back!” I ignore imaginary Touchee, pay the cashier and follow their directions to the burial ground.

I park my car, next to comic cars I recognize and head to mourning tent to pay my respects. I get settled in line when I see Carolyn Agnew waving at me from across the street. I scan the mourners and confirm, I don’t know anybody here. Yup, I know no one here. The Houston comics are at the burial tent across the way. I wave hi to Carolyn Agnew and smile awkwardly. I’m so at the wrong coffin.

So, I have two choices. Do I walk away, let it slide and rejoin my fellow comics. Or should I go back and get those flowers back. As I turn around to retrieve my $7.00 offering, I feel a tug at my sports coat. I turn and I see an old frail lady who smiles at me with tears in her eyes.

I head off to join the rest of the gang. Somewhere outside of space and time, I can hear Touchee Jackson calling me stupid. I curse his name one last time as I pay my respects.

Remember The Alamo Drafthouse! : This Is Spinal Tap!