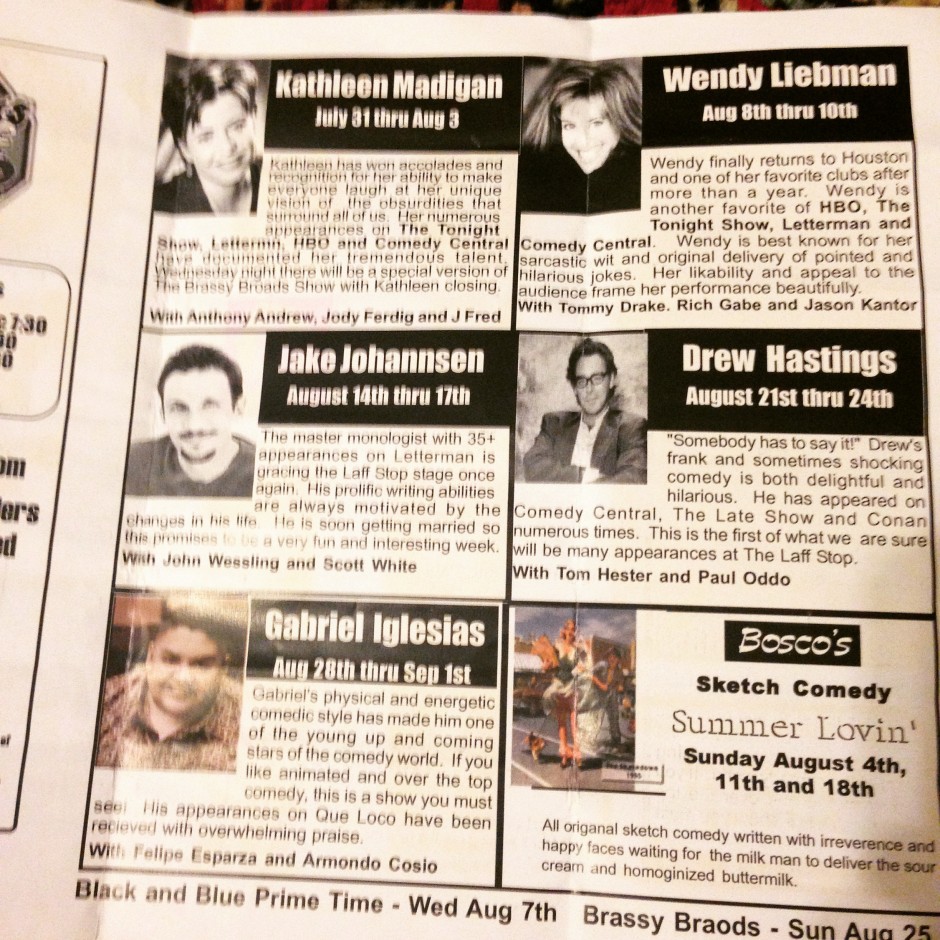 If I can’t go up on stage, I might as well catch a show and see how it’s done.

“Is this going to show in Spanish?” I ask myself.

I do my best to avoid the waitstaff’s way and catch the show from the stage right hallway. I accidentally bump into the feature act Felipe and watch the opener Armando Cosio finish up his set.

“Great job!” I tell him as he passes me by. I watch the rest of the show from the peanut gallery and head home.

Saturday night, I finish up a video editing session, head to the Laff Stop and once again arrive as Armando is finishing up his set. I congratulate him again on the good job as he leaves the stage. I watch the rest of the show from the peanut gallery again and head home.

Sunday my conscience gets the best of me, I told Armando good set, but I didn’t catch the full set and that just starts to tug at me on the inside. So I arrive early and see Armando, “Hey Mando, I got here early so I could catch your full set.”

“By the way, why is the show called Que Locos?”

“It’s a show on Galavision.”

“Yeah and it’s in English.”

I watch the rest of Armando’s set, then head to the bar and order a Dr. Pepper.

Armando introduces me to his fluffy friend, Gabriel.

“So Al B, how many minutes do you have?”

“You know what? Check this out.” Gabriel leads me to the side of the stage and points me towards the packed audience.

“See this crowd? This crowd is hot!”

Then Gabriel points me towards his middle act, “Felipe’s not even doing his best stuff and he’s killing it!”

“In fact this audience so hot, whoever goes up next will absolutely kill it.”

“I believe that so much that you’re going up next”

As soon as I realize what I agreed to, I then feel my heart drop into the pit of my stomach.

Armando gets up on stage and introduces me, I go up and bomb horribly.

It was craptacular, uncomfortable and quite honestly at the time, I was too dirty for the audience.

Still one joke got in there with a positive response.

“They tell you when you’re nervous in public speaking to imagine the entire audience is naked.

Well I just did that. Now I’m blind.” 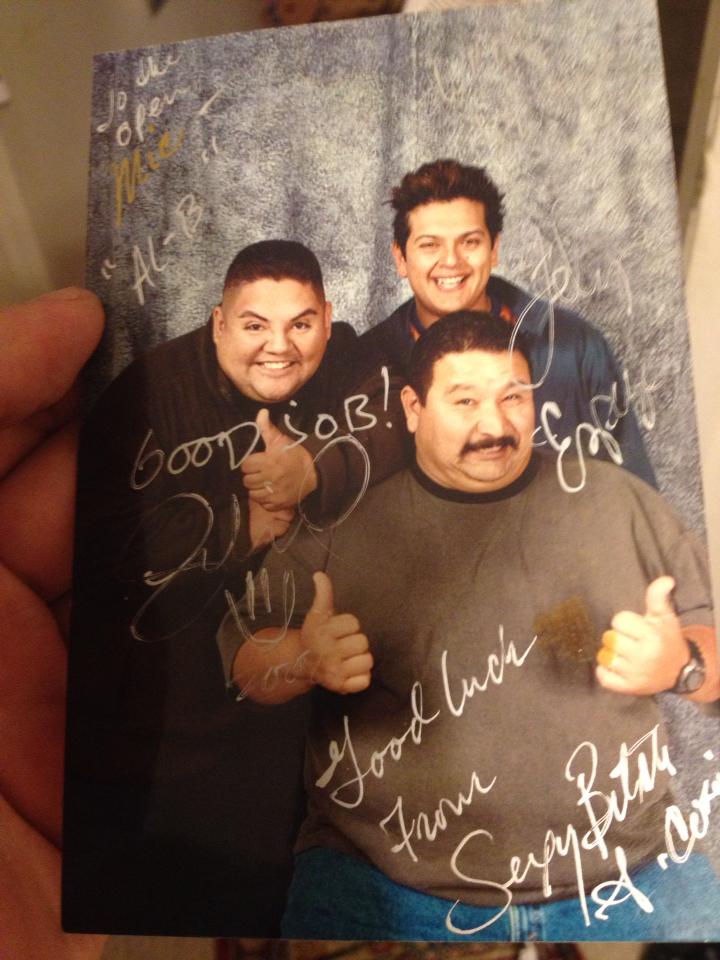 Afterwards Armando brings me some birthday cake because it happened to be his birthday. While snacking on cake I ask, “Why me? What about the other better local comics?”

“Yeah, but you’re only one that said hello.”