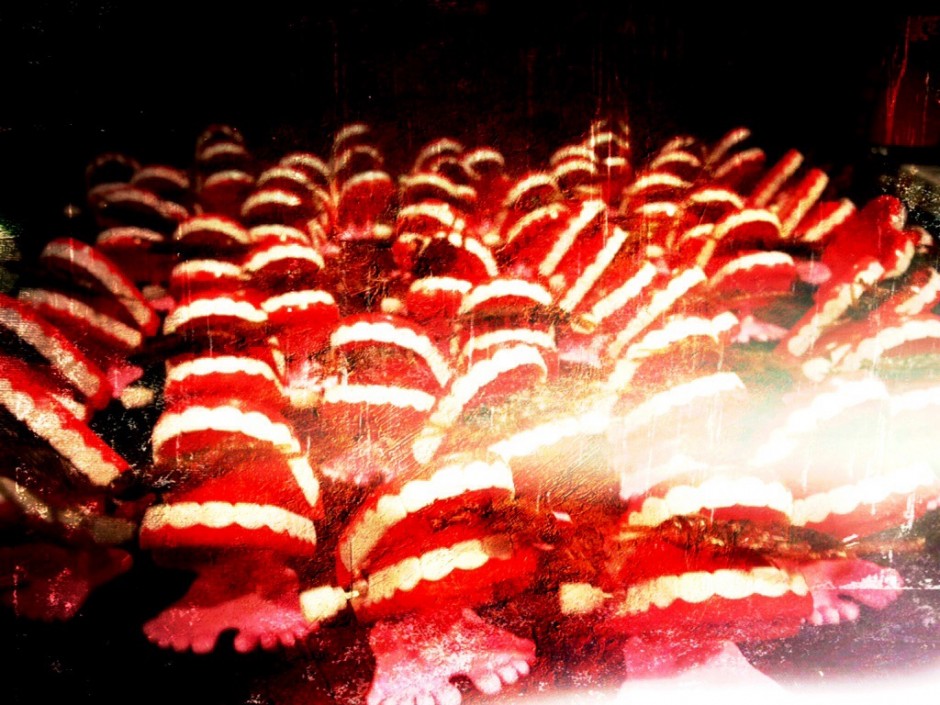 I found a human tooth on the table.

At first I wasn’t so sure it was really a tooth. I sat down and stared at it for what felt like a good while.  Maybe it’s a messed up mutant popcorn kernel? Maybe it’s candy? I tilt my head to change perspective.

I wiped my tongue inside my mouth to check if I had lost any of my own teeth .

Hey James, have you lost any teeth?

I point at the tooth on the table.

James’ eyes perk up and he asks his wife, ‘Jen honey, have you lost any teeth recently?’.

Does that look like a human tooth to you? I ask.

‘It might be candy,’ James  then pauses as he recognizes it.

‘It’s a human tooth, Al have you lost any teeth?’

‘So what do you plan on doing with it? Are you going to hide it under your pillow for beer money?’

‘I was thinking about burying it and growing a beanstalk that cuts into a dimension of where rich cannibal giants live.’

‘Perhaps the bartender has a lost and found?’

I pick up the tooth with a napkin and head to the bartender.

‘Do you have a lost and found and have you lost any teeth?’

‘Why?’ asks the bartender.

‘I found this on my table. I open the napkin and show him the tooth.’

I stare at the napkin for a while to think it over.

I crumble up napkin and throw the tooth in the trash.

Two days later, my Mom calls and tells me she lost a tooth. A couple later James and I collaborate on our first short film together.

Honest To Goodness Made Up Truth