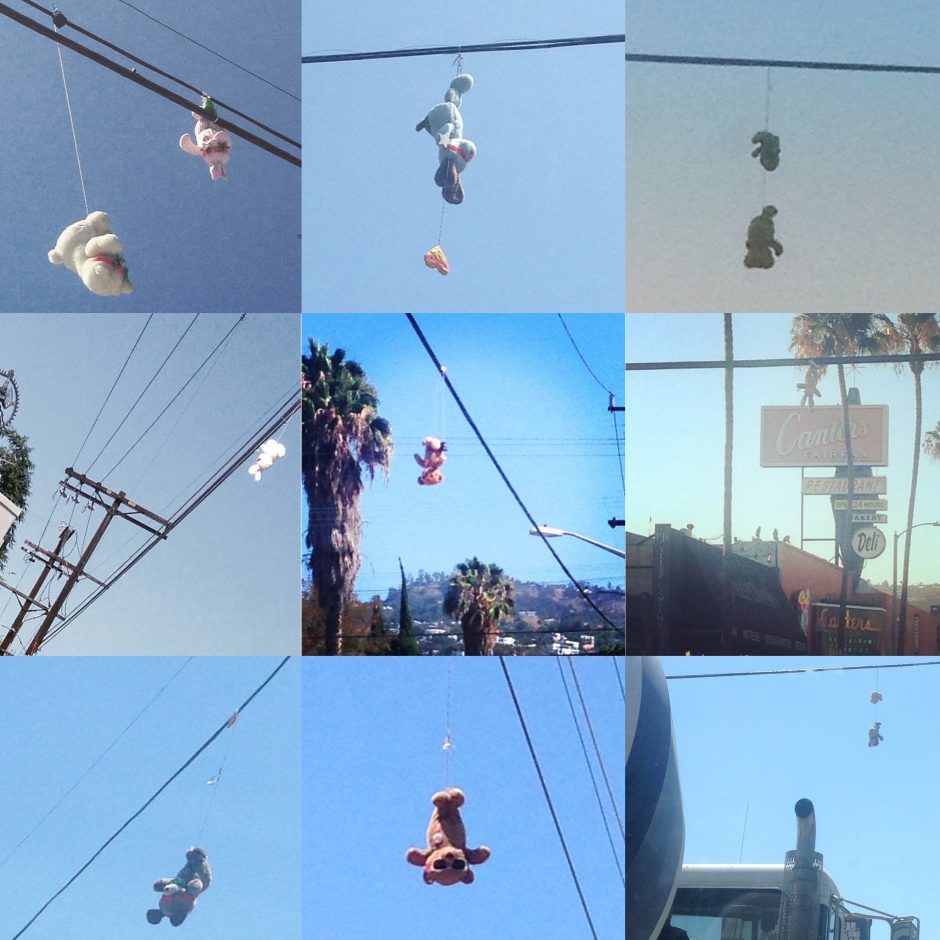 And the heart that beats as one is stronger than the two.”

Regardless of who you are and where you’re from,

It’s the unifying spirit that connects us as one.”

From Silverlake to WeHo to DTLA to Beverly Hills. I kept seeing them everywhere. I asked folks and got no answer. And by folks I mean other stand up comics. Most assumed it was some sort of drug thing. “Must be really good drugs” Some guessed “gang related”. What do they mean? A murder? Lynching of imaginary friends? Gang related? LA Death Museum had no answers. Neither did most folks. One comic proclaimed it’s an art project that says, “LA Kills Innocence!” This is Lost Angeles, “the Boulevard of Broken Dreams”.

I was speaking with comic Or Mash who said “Hey Al, why don’t you google what the #HRKK Hashtag means?” So I googled it & found out. A few minutes later, it broke me. I laughed maniacally. I felt like Homer Simpson when he discovered Mr. Sparkle’s origin.

It also happens to be a single from the New Wave Electronica band Hearts Revolution “Ride of Die” album. During a 13 month period the band traveled with a dude in a track suit wearing a giant bunny head around Los Angeles in a magical Swarovski crystal ice cream truck. They met folks, danced with them and gave out ice cream. No murder or sinister Q Anon adjacent conspiracy. Sometimes the mind jumps into some dark spaces and we like to think the worst of things. It was just a poppy dance track that slaps hard, something the kids would call a “Bop”. The track slaps, I also recommend the tracks Choose Your Own Adventure and Kiss.

Sometimes it’s not an evil cult. Sometimes it’s a rock band traveling around the world doing crazy hippie stuff. And that’s why I don’t believe in most conspiracy theories.